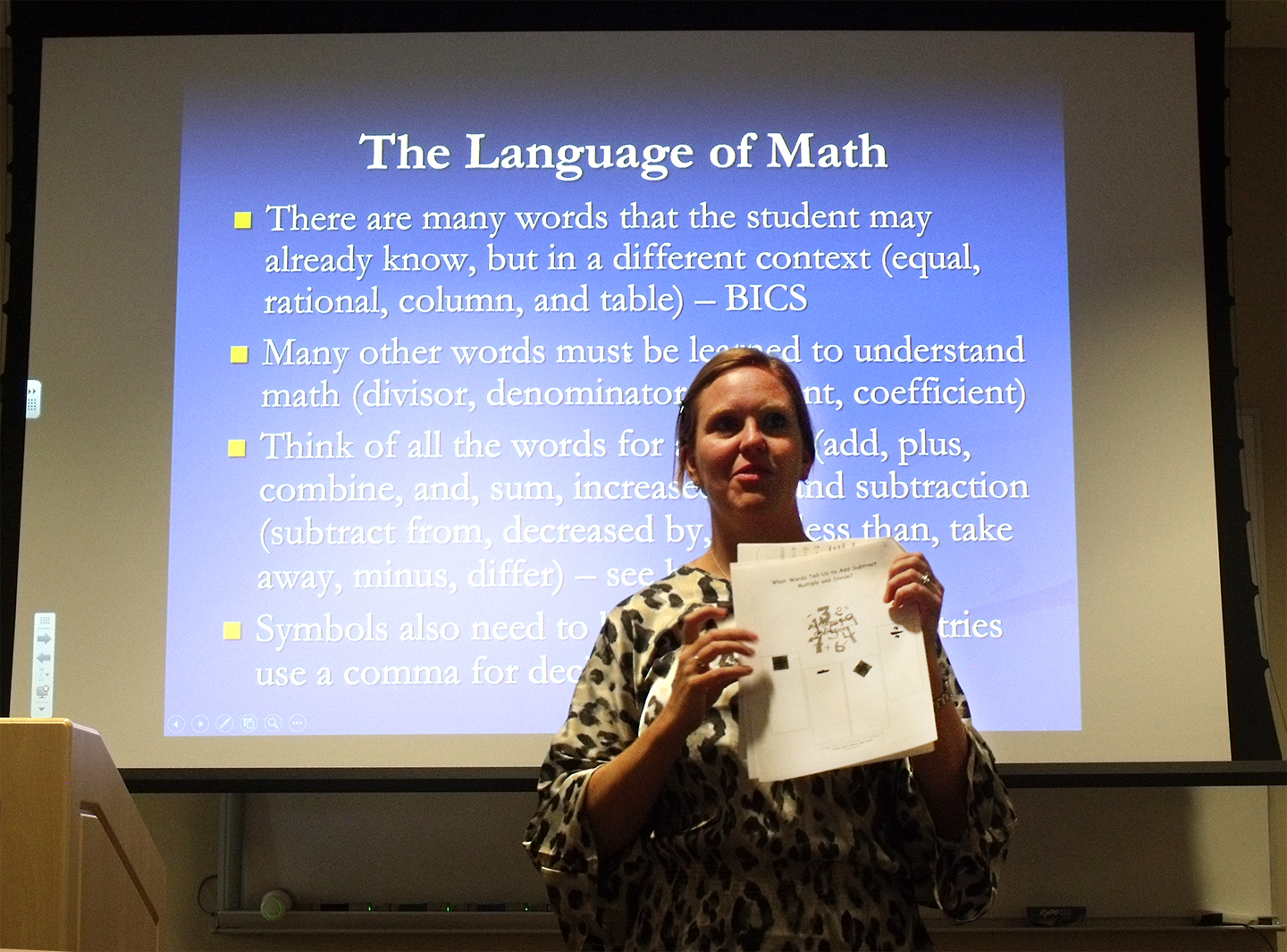 AUGUSTA, GA. – According to the National Science Foundation, 66 percent of fourth-grade girls say they like science and math, but according to the American Mathematical Society, only 1 percent of college math majors are female.

“In our society, there is an unacceptable acceptability for people to say, ‘I can’t do math,’” said Dr. Stacie Pettit, Professor of Education at Georgia Regents University’s College of Education. “You would never hear anyone say, ‘I can’t read.’”

To combat math illiteracy in girls, and to introduce girls to college and career possibilities, Women in Philanthropy awarded the GRU Literacy Center a $9,162.50 grant to host the Path 2 Math 4 Girls year-long mathematics camp for girls in grades 5 to 8 in Richmond, Columbia, McDuffie and Burke counties.

Certified and experienced mathematics teachers will supervise the Saturday morning sessions, in which participants will work with to increase and their comprehension and enjoyment of mathematics.

“We’ll be using hands-on manipulatives and technology, not just worksheets with pencils and paper,” Pettit said.

To ensure the girls have support for their interest from their role models at home, their female caregivers will be also attend sessions to bolster their confidence and enthusiasm for the subject.

Improving enthusiasm towards math and support in its pursuit is crucial, according to recent studies that suggest that ability is not what actually separates girls from pursuing courses and careers in math and science. A review of 308 studies involving more than 1.1 million children from 30 countries who were students from 1914 to 2011 showed that girls have outperformed boys in all of their classes — including math and science – from elementary school to high school for the last 100 years. And yet, just 24 percent of workers in STEM fields, as opposed to 48 percent of the total workforce, according to the Census Bureau’s 2009 American Community Survey.

“We’re hoping to not only raise the mathematical achievement, but also increase their disposition towards math and their likelihood in pursuing STEM-related careers,” Pettit said.

Path 2 Math 4 Girls will begin Aug. 16 and run through March.